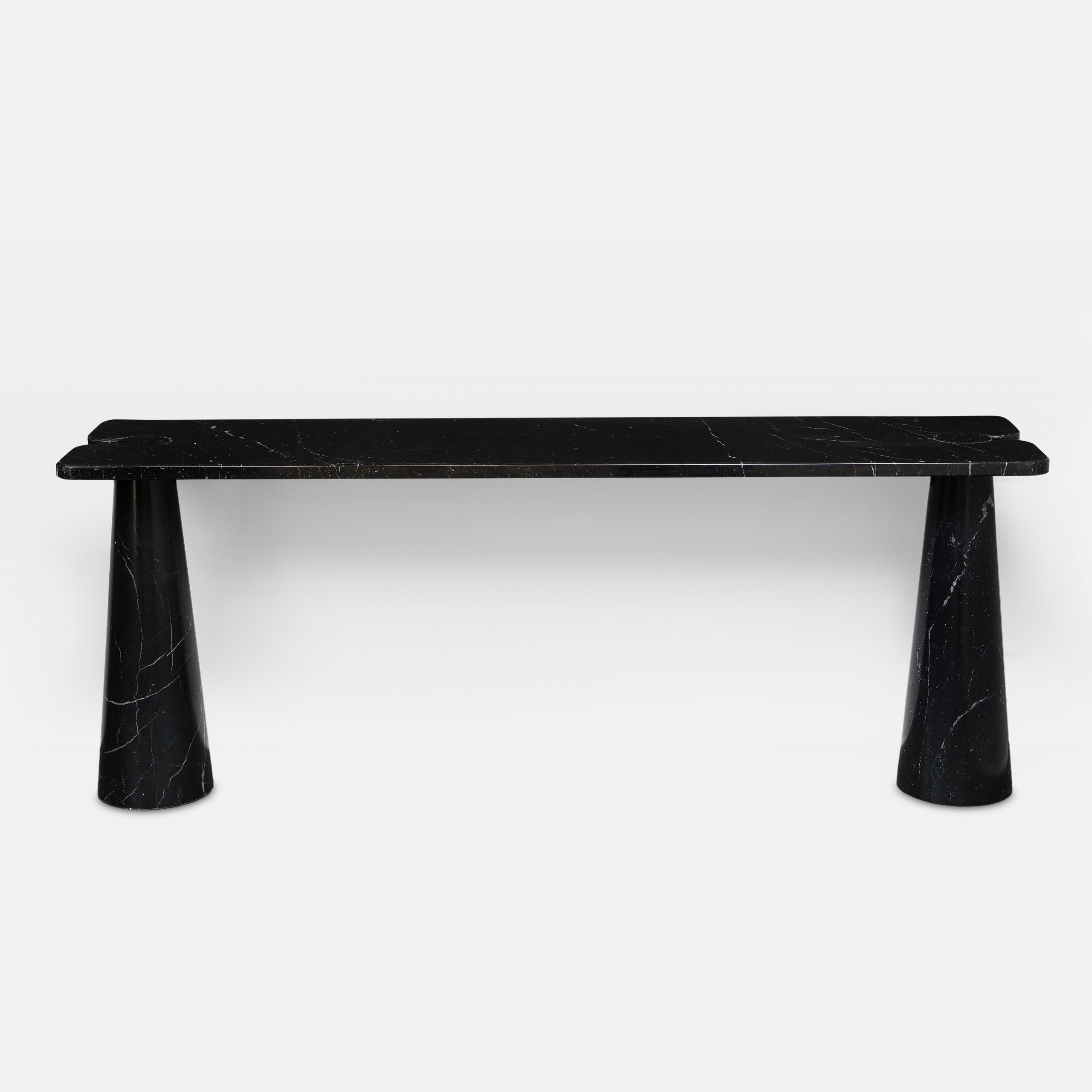 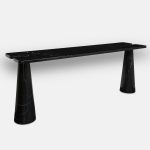 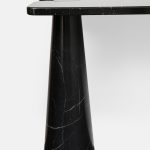 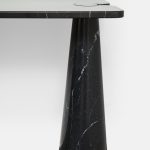 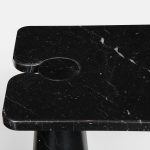 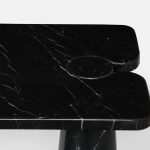 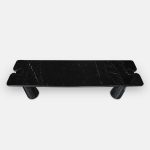 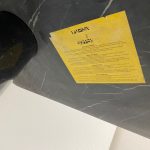 Designed by Angelo Mangiarotti for Skipper from the Eros series, iconic black or Nero Marquina marble console table with large rectangular top fitted on two conical bases. This elegantly organic console table has beautiful subtle veining throughout and is from the original 1971 production for Skipper, Italy. It is the longer rectangular model in the series. Original Skipper label on underside.

Given Mangiarotti’s research on furniture without joints, this console table was an example of the result of a gravity interlocking design in which the console top because of its weight stably fits into the truncated conical legs. The word Eros refers to the male-female coupling of this interlocking solution. It is truly an ingenious and elegant design.