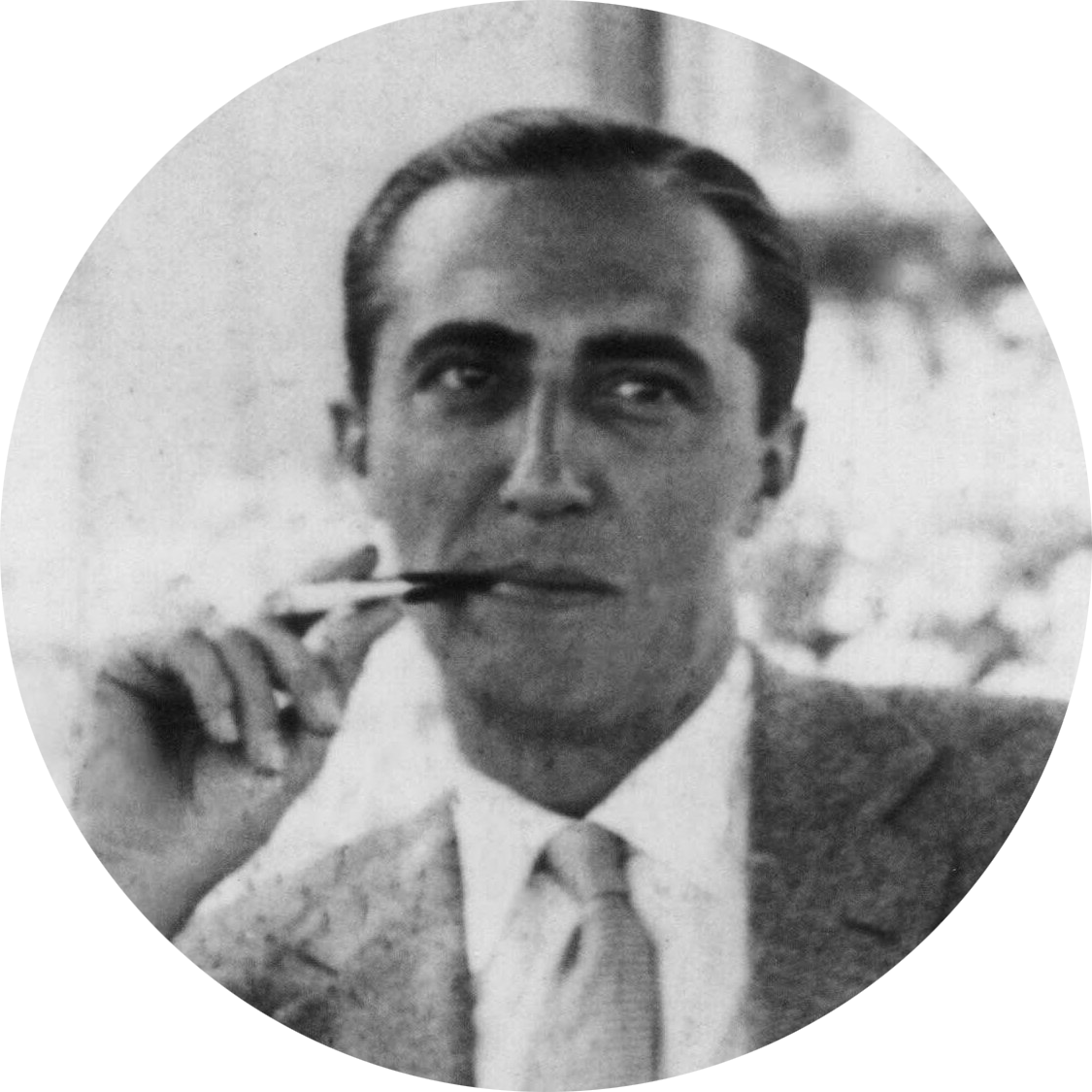 Gino Sarfatti was born in Venice to an affluent and established family.  He began his studies in aeronautical engineering at the University of Genoa in 1930, but family financial woes forced him to quit schooling in his fourth year and seek work.  Sarfatti then moved to Milan where he co-founded his first lighting company, Lumen, which grew rapidly becoming one of the most important firms of the sector.

After having gained some mastery at Lumen, Sarfatti along with architects Maurizio Tempestini, Franco Buzzi, and other prominent Milanese figures founded his own small lighting company in February 1939 named Arte Luce or Arteluce.  In May of that same year, he married Jolanda (‘Jole’) Marazza whose family’s wealth contributed greatly to the Arteluce venture and with whom he would have two sons – Riccardo, in April 1940 and Roberto, in December 1941.  Due to the fear of racial persecution because of his Jewish heritage and with the first bombings of Milan, the Sarfatti family fled to Switzerland.  To ensure the continuity of the business, Sarfatti signed over power of attorney to a colleague before his exile and Arteluce remained partially active during this period.

In 1945 Sarfatti returned to Milan where on the outskirts of the city he reorganized his workshop, and in a few years bought it out completely.  Arteluce soon established itself as a national and international reference point for the modern architecture movement in lighting, winning numerous prizes and accolades including the prestigious Compasso dOro in 1954 and 1955.  Sarfatti was both a pioneer and master of post-war Italian lighting design.  Entirely self-taught, he designed and produced more than 600 lamps between 1938 and 1973.  He was continually improving or expanding on a design with a plethora of ideas for new techniques, forms, and solutions, and then applying them creatively to optimize the product and help the company make a profit.  One of the key themes of his work, together with modular form and design tailored to suit the light source, was the movement of light in space. His genius laid in his ability to partake in every aspect of the process:  design, produce, technically refine, market, distribute and display almost all the lamps.

In response to the increasing demands of production, a corporate restructuring would have been necessary, but Sarfatti couldn’t conceive of relinquishing control of his Arteluce to others even in a minor way.  Thus in 1973, Sarfatti sold his entire holdings to Flos group, abruptly cutting off all ties with the design world, and retired to Lake Cuomo in 1974 where he turned his lifelong hobby of collecting rare stamps into a profession.

For more information on Arteluce, please visit the ‘Arteluce’ page on our website.