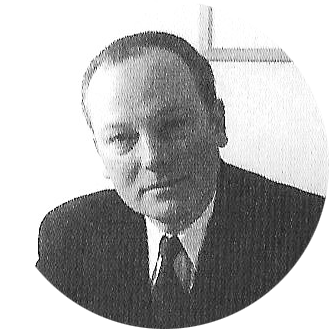 Jacques Adnet was a French Art Deco modernist designer, architect and interior designer. He began his studies at the municipal school of design in Auxerre, later transferring in 1916 to the École Nationale Supérieure des Arts Décoratifs in Paris. After the First World War, Jacques and his twin brother Jean joined Studio La Maîtrise, where they met the Art Deco designer Maurice Dufrène who became a mentor and close friend. The twins exhibited at the 1925 Exposition Internationale des Arts Décoratifs et Industriels Modernes. Then from 1928 to 1959, Adnet was Director of La Compagnie des Arts Français, an ideal platform from which to promote his distinctly avant-garde style. His team of artists and decorators included Francois Jourdain, Charlotte Perriand, Alexander Noll, and George Jouve. The 1930s brought a wide range of prestigious commissions including state ministries, universities and ocean liners. From 1947 to 1949, Adnet presided over the Salon des Artistes Décorateurs. During the 1950s he continued to design furniture as well as to work on commissions such as the interior design of the private apartments of the President at the Elysée Palace and the meeting room of the UNESCO headquarters in Paris. In 1959 Adnet became Director of the École Nationale Supérieure des Arts Décoratifs until 1970.

Although his initial furniture oftentimes incorporated exotic woods, Adnet made a sharp transition in 1930 to a more modernist aesthetic with his use of chromed metal in combination with mirror, leather, shagreen, parchment and smoked glass. He was among the first of his contemporaries to integrate metal and glass in his furniture designs which became more streamlined with minimal ornamentation.