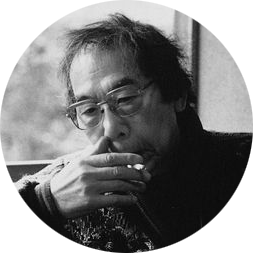 Both contemporary yet deeply rooted in Japanese decorative arts tradition, Kyohei Fujita was without doubt the most renowned contemporary glass artist in Japan. After studying in the metal department at the Tokyo Academy of Arts, Fujita was employed for two years by the Iwata Glass company before becoming an independent glass artist in 1949 at a time when there were few artists working in glass in Japan. He was a pioneer of glass-making and had been instrumental in bringing the Studio Glass Movement to Japan. In 1989, Fujita was appointed as the only glass artist to the Japan Art Academy, an honorary society for artists who have contributed to the arts. In 1996 the Kyohei Fujita Museum of Glass, a private museum in Matsushima devoted entirely to his work, was opened. Then in 1997 Fujita received an award from the Japanese government for “Distinguished Achievement in the Cultural Arts” and became recognized as a National Living Treasure in Japan. His works are housed in the permanent collections of The Metropolitan Museum of Art, New York; The Corning Museum of Glass, Corning, New York and the Museum of Art and Design, New York.

Probably the best known work of Fujita is the kazaribako (ornamental box) series which he introduced in his 1973 Tokyo Takashimaya solo exhibition. Many of the color combinations and compositions are reminiscent of traditions of other areas of Japanese decorative arts. Fujita was particularly taken by lacquer writing boxes with pearl inlay from the 16th and 17th centuries inspiring him to use a similar form in glass. The effects that Fujita achieves in these colored glass boxes with inclusions of silver and gold foil are also reminiscent of Ryoshi paper design from the Heian period (794-1185) – a richly colored and textured paper used to cover poetry boxes. It is through his kazaribako works that Fujita has brought Japanese tradition into the modern era by creating them in glass for the first time in the history of Japanese applied arts.