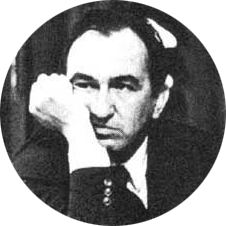 Architect, designer and professor, Marco Zanuso was one of the leading Italian figures of the post-war Modern Design movement.  Zanuso studied architecture at the Politecnico di Milano, graduating in 1939.  He served in the navy during WWII, then established his own Milan-based office in 1945 which undertook product and furniture design commissions as well as architectural and town planning projects.

Early in his career, Zanuso served first as editor of Domus (1947-1949), and then of Casebella magazine (1952-1956) using their pages as a platform to promote modern Italian design. He was a founding member in 1956 of the Associazione per il Disegno Industriale (ADI) and was its president from 1966 to 1969. He taught architecture and industrial design at the Politecnico de Milano (1961-1991).

Throughout his career, Zanuso experimented with new materials and innovative technologies helping to revolutionize post-WWII furniture and appliance design with sleek yet functional pieces.  He was commissioned by the Pirelli company in 1948 to explore the potential of latex foam as an upholstering material, and his subsequent Antropus chair (1949) was the first chair to be produced by Artflex – a manufacturing company set up by Pirelli.  This was followed up by several other latex foam upholstered seating designs, including the Lady chair (1951) and the Triennale sofa (1951), which were first exhibited at the IX Milan Triennale where Zanuso won a Grand Prix and Compasso d’Oro.  He was also awarded a Grand Prix in 1954 and 1964; and Compasso d’Oro in 1956, 1962, 1964, 1967 and 1985 for lifetime achievement.

From 1957 to 1977, Zanuso collaborated with German designer Richard Sapper on numerous landmark product and furniture designs.  Together, Zanuso and Sapper revolutionized chair design with the 4999 model (1964), manufactured by Kartell, a colorful plastic stackable child’s chair.  The pair also worked on a series of television sets for Brionvega (1962 & 1969), the folding Grillo telephone for Siemens (1966), and the 2000 kitchen scales for Terraillon (1969).  Several of his award-winning furniture and product designs are housed in the permanent collection of the Museum of Modern Art in New York.

Zanuso’s most important architectural projects included the Olivetti manufacturing plants in São Paolo and Buenos Aires (1955-1957), Necchi factory in Pavia (1961-1962), IBM offices in Milan (1963).  A member of the city planning commission, Zanuso’s major works in Milan included the renovation of the Teatro Fossati and construction of Piccolo Teatro (1980). 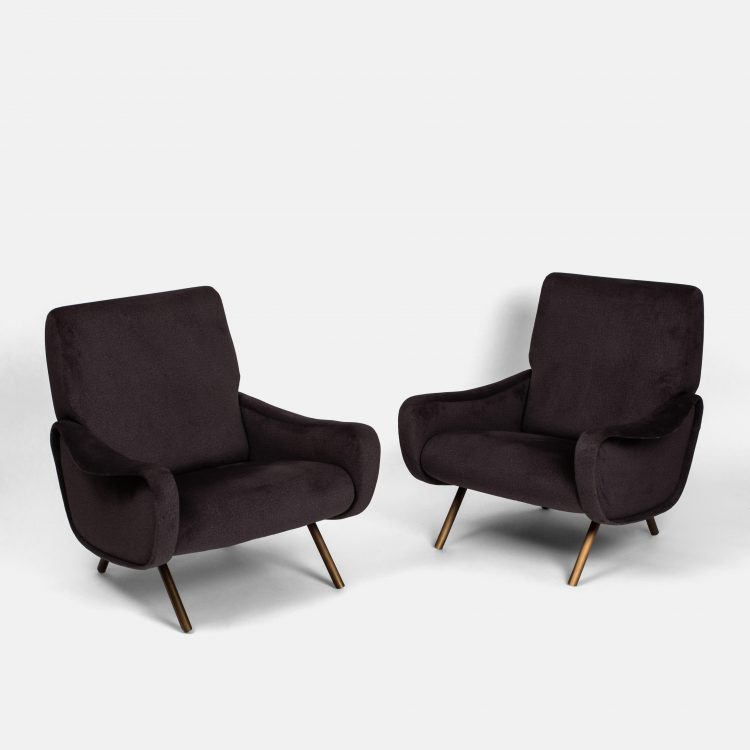 Marco Zanuso for Arflex
Pair of ‘Lady’ Chairs
Italy, 1950s
Back to top