Piero Fornasetti was a Milanese artist, illustrator, engraver, printer, graphic designer, craftsman, and interior designer celebrated for being among the most original creative talents of 20th century design. During a long and prolific career, he created more than 11,000 items – he designed and produced room settings, furnishings, furniture, and everyday objects. With a combination of whimsy and elegance, he created a world based on trompe l’oeil or illusion, architectural perspectives, and a variety of leitmotifs such as the sun, playing cards, flowers, fish, butterflies, medals, umbrellas and musical instruments. Fornasetti was an artist whose incredible skill as a draughtsman manifest his dreams and illusions through his playful and fanciful designs and decorations. He collected books, magazines and documents on the applied arts, using these found images as points of aesthetic reference, sources of inspiration and materials for his work. He then adapted these images so they could be transfer-printed by hand onto a vast array of objects. The recurrent production of these objects were done in series based on endless iconographic variations. His extensive Tema e Variazioni series is a prime example which features the beautiful and enigmatic face of Italian soprano Lina Cavalieri that became his trademark.

An artistic and talented child from an early age, Fornasetti studied at the Accademia di Belle Arti di Brera in Milan from 1930 to 1932 until he was expelled for resisting the rigidity of traditional study.  In 1933 he exhibited his first paintings at the Università di Milano. Fornasetti was not only influenced by Surrealism and ‘Metaphysical’ painting – the movement developed around Giorgio de Chirico and Alberto Savinio – but was also inspired by the tradition of illusionism found in Lombardy, which appealed to his wit and irony. Fornasetti worked for Venini and took part at the V Triennale in Milan in 1933, exhibiting a series of printed headscarves.

In 1940 Fornasetti met architect and designer Gio Ponti while exhibiting at the VII Triennale and that same year began making the ‘lunari’ collection, the calendar commissioned by Ponti.  Through their shared love of ornament and mutual respect for Italian heritage, Fornasetti and Ponti were to collaborate on many more interior and furniture design projects including Architettura line of furniture first exhibited at the IX Triennale (1951), interiors for the Casino at San Remo (1950) and the ocean liner Andrea Doria (1952), and the first complete interior design for the Casa Locano (1951). Throughout the 1930s and 40s, Fornasetti designed several posters and covers for Domus and Graphis.

In 1970 Fornasetti established his own shop in Milan to retail the huge range of designs.  After his death in 1988, his son Barnaba took over the atelier.  Having been dismissed for decades by Modernists, Piero Fornasetti’s timeless work has enjoyed a reappraisal and revival in popularity with the ascension of Postmodernism since the early 1980s. 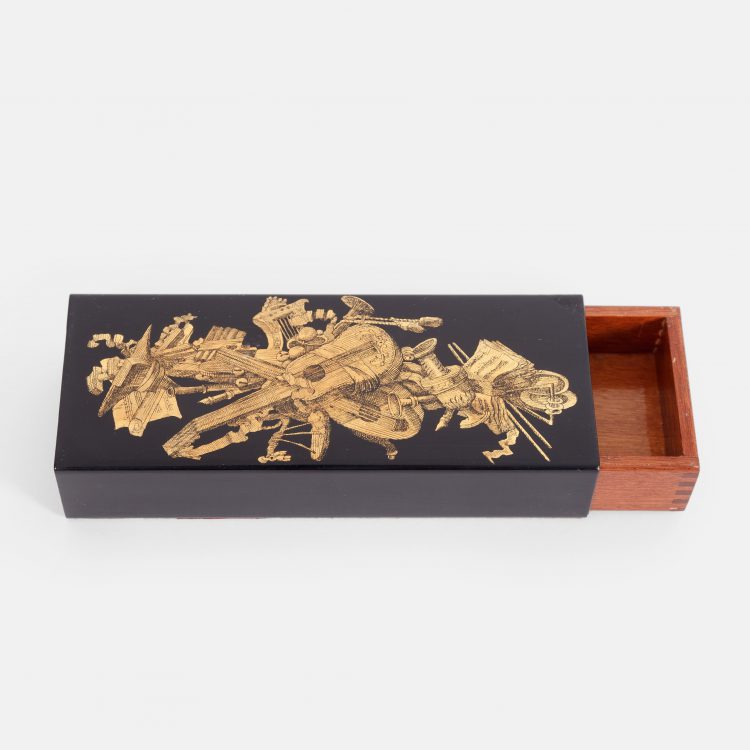 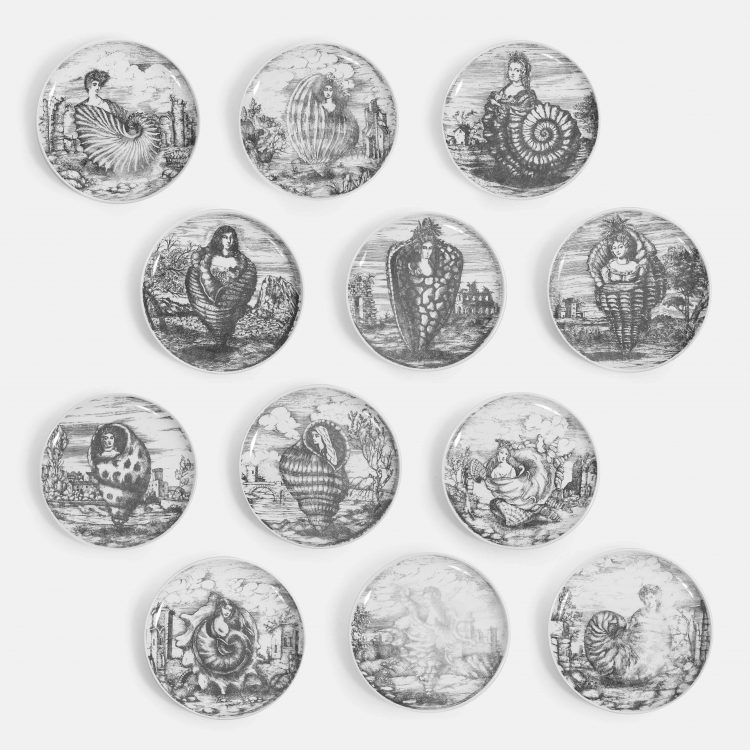 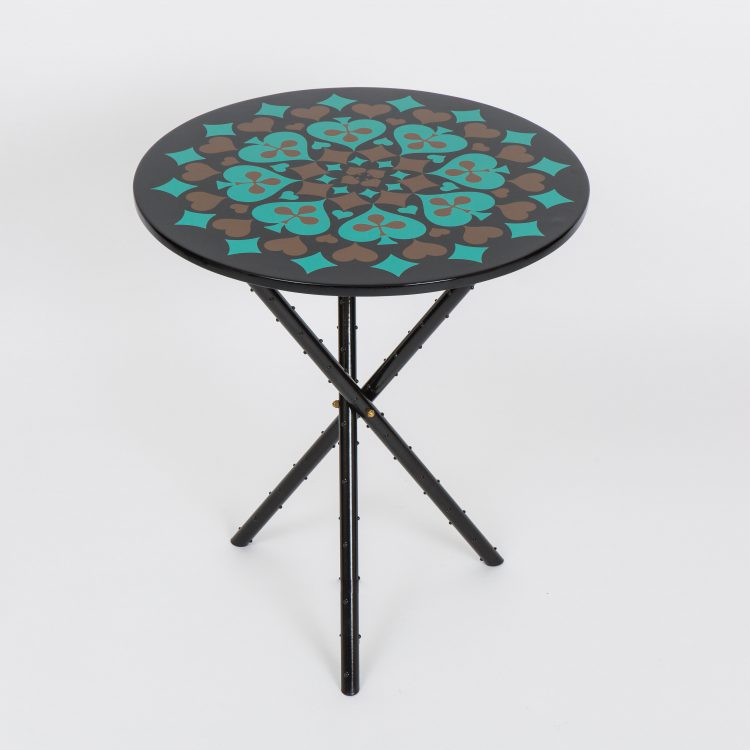