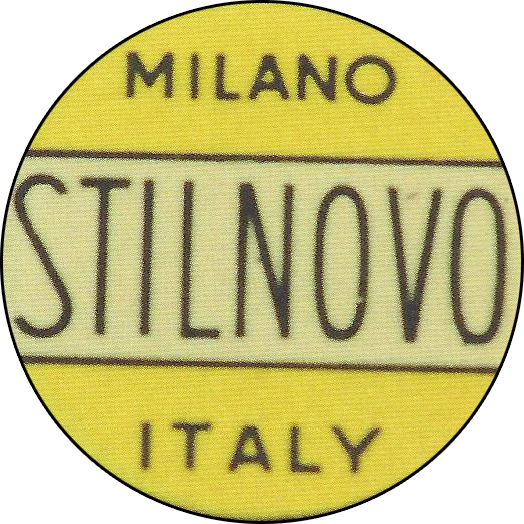 Established in 1946 by Bruno Gatta in Milan, Stilnovo rose to prominence as one of the most important and successful postwar Italian lighting companies.  After WWII, reconstruction was followed by an economic boom which led to new research and experimentation in lighting including new materials and technologies.  During a climate of mostly small family run businesses that produced artisan lighting with traditional decorations, Stilnovo specialized in the production of innovative, functional lighting of the same meticulous workmanship. Besides its avant-garde designs, Stilnovo also produced more classic models with timeless modernity in elegant shapes and geometrically balanced forms.

After the war, many lighting firms including Stilnovo began to collaborate with architects not only merely to design a fixture for a special project, but to also produce models in small and medium production runs.  Among Stilnovo’s leading architects of the time were Gaetano Scolari, Joe Columbo, Achille and Pier Giacomo Castiglioni, Jonathan de Pas, Donato d’Urbino, Paolo Lomazzi, Gae Aulenti and Ettore Sottsass.

The lack of the company’s archives, especially during its first decade of production, makes it very difficult to determine Stilnovo’s catalogue raisonné.  Only through abundant publications in period magazines, books and the company’s own catalogues can many of its production pieces be established.  Many of Stilnovo’s earlier pieces are rare and occasionally retain original labels or are impressed with its stamp.