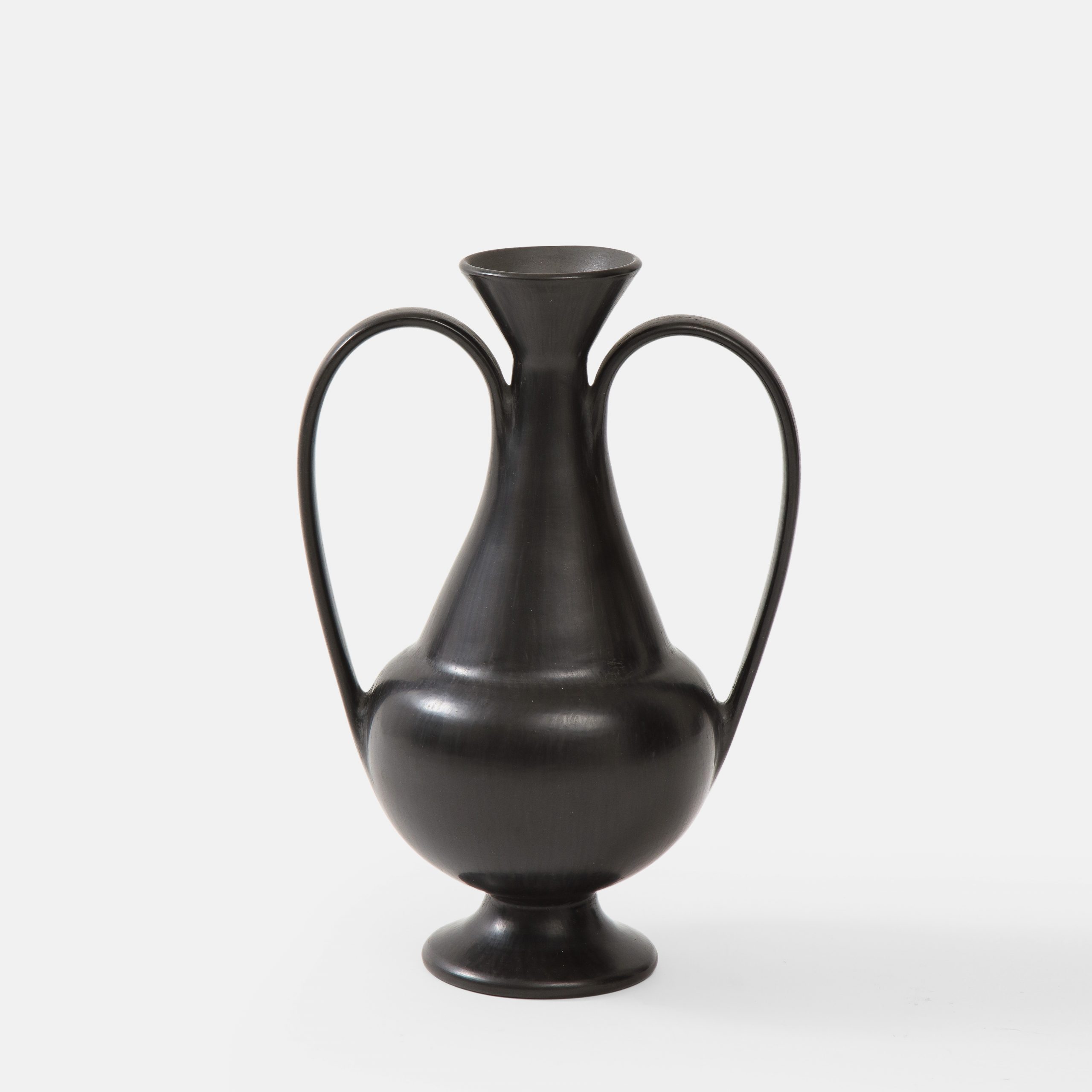 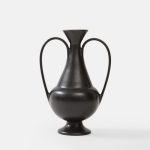 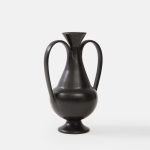 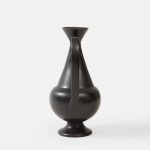 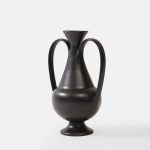 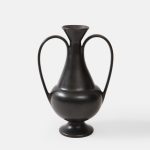 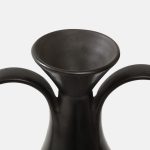 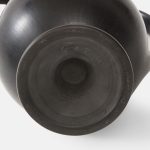 Gio Ponti and Carlo Alberto Rossi rare classical Bucchero ceramic vase with two handles, Italy, circa 1951. Signed C. A. Rossi under the base.

Bucchero ware is an Etruscan earthenware pottery common in pre-Roman Italy primarily between about the 7th and early 5th century bc. Characteristically, the ware is black, sometimes gray, and often shiny from polishing. The color was achieved by firing in an atmosphere charged with carbon monoxide instead of oxygen.

A grouping of these Bucchero ceramics were shown at IX Triennale di Milano 1951.