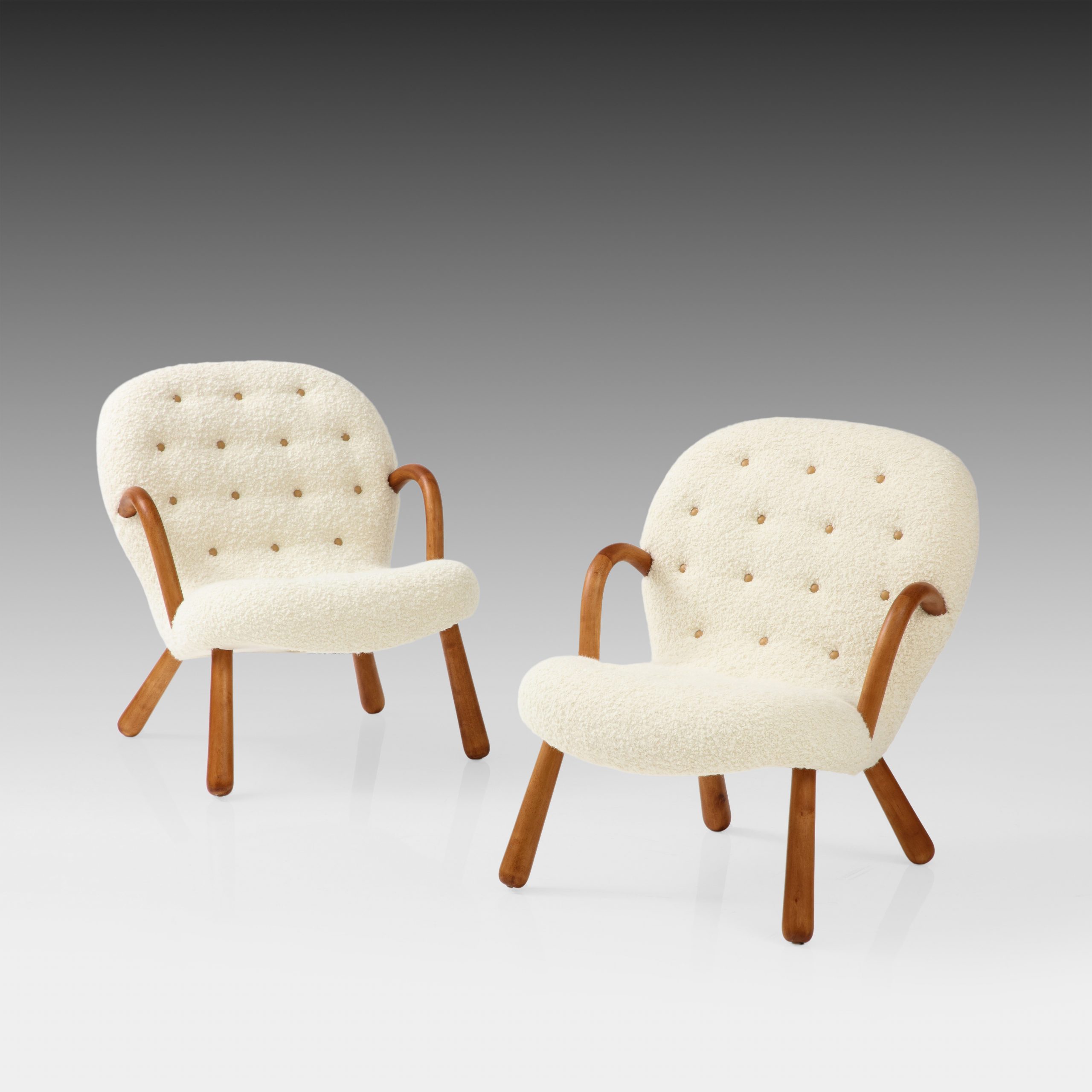 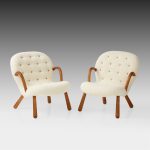 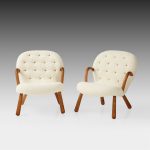 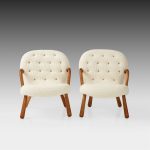 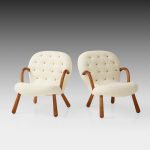 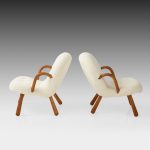 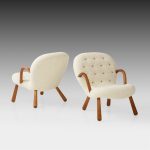 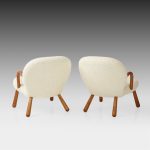 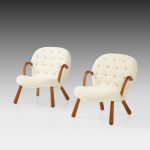 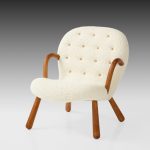 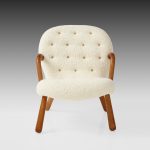 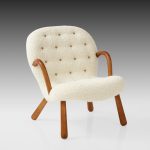 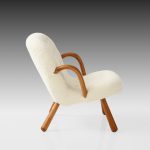 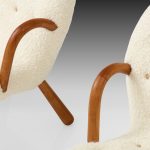 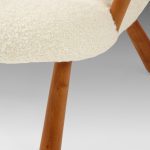 Arnold Madsen for Madsen & Schubell rare pair of Clam chairs with beach arms and legs and upholstered in ivory boucle with camel leather buttons, Denmark. 1944. These iconic Clam chairs have a characteristic organic shape with soft curves throughout including gently curved back, seat, and arms, and resting on club-shaped beech legs. The name comes from the shape of the seat and back that together form the silhouette of an open clam. The back is slightly tilted while the seat is slightly raised towards the front to provide conformity to the body and great comfort. Fully restored and reupholstered in Sandra Jordain Prima Alpaca bouclé in French Vanilla.

The Clam chair was designed in 1944 in Copenhagen and has become an icon of the Danish Modern design period. For many years this mysterious chair had been credited to Danish architect Philip Arctander.  However, recent research has confirmed the true designer to be Arnold Madsen. The “Musling stolen”, as it became known, was the first collaboration between designer Madsen and cabinet maker Henry Schubell and it set the foundation for many years of prosperous collaboration between the pair.